Good communication is important for any project, but it is particularly crucial for Citizen Observatories. They rely on sustained public involvement in order to gather relevant data, but also because they often aim to bring about change – be that policy change, environmental governance change, or even behavioural change. Communicating interim results helps to keep motivation and engagement high among participants. Effectively communicating the outcomes to the right decision-makers is key to bringing about those desired changes.

In many ways, good communication practices are quite universal. It is important to identify your target audience, use language and visualisations that are relevant and clear, and select the most fitting communication channels and mediums for both the message and the audience. It is also important that you plan for good communication before the launch of a Citizen Observatory initiative in order to ensure that the necessary resources are in place, such as a person or people that are responsible for these activities, and the budget to develop the materials and channels that they will need. This planning should include an understanding of the target audiences, their motivations for taking part, the messaging, and what actions you are asking them to take.

Good communication practices in the wider field of citizen science emphasise the participatory nature of citizen science, such that communication should always be flowing between all who are involved (i.e., two-way or multi-directional communication). Participants should be kept informed of progress frequently but should also be able to communicate with project leaders to make their own contributions and suggestions. 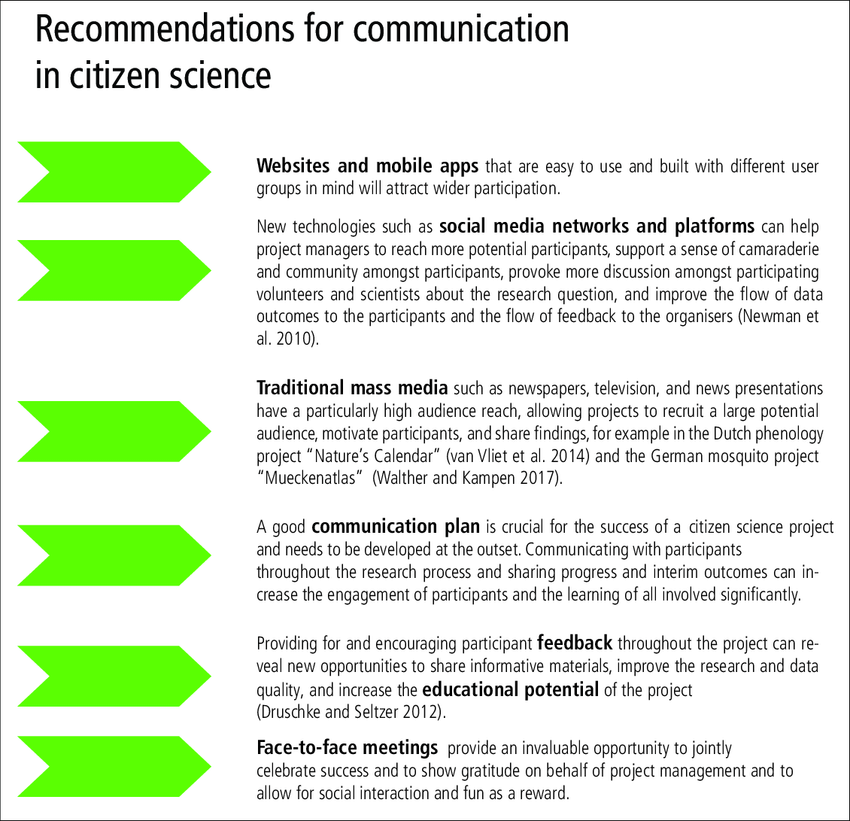 In the specific case of a Citizen Observatory, you will want to spend some time thinking about what types of impact you are aiming for; what information, data and results will be needed to achieve those impacts; and therefore what types of communication will be most appropriate. For example, is your aim to provide policy-makers with data that will inform the development of new policies or regulations? If so, you will want to spend some time working with them to understand their information needs: what format should that data be presented in, is there a specific moment in time that they will need to receive this data, and how will they use that data further to bring about the desired impacts? By finding out these needs in advance, you will be able to plan for them from the beginning.

People living in the Pepys Estate in London, England were suffering from noise pollution from a scrapyard near the centre of the estate and very close to both a primary and nursery school, but after more than six years of trying to deal with this problem and raising concerns with the Mayor of Lewisham and others, the disturbance started to escalate. 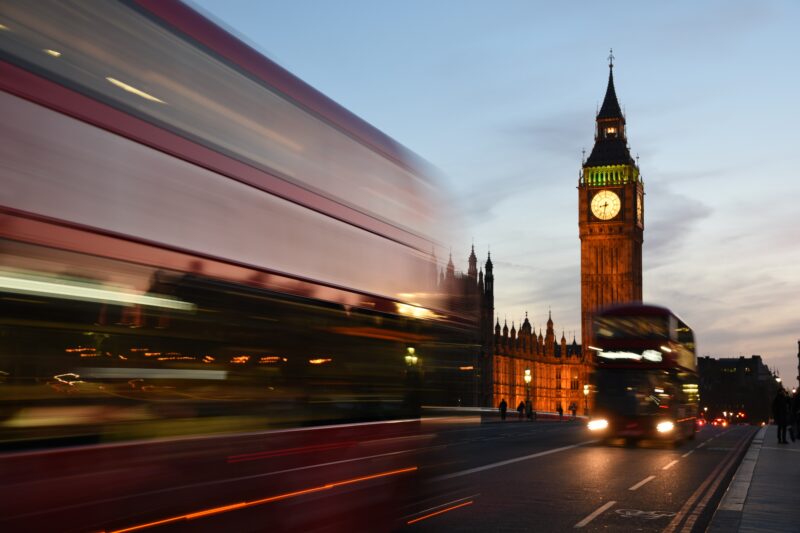 People living in the Pepys Estate in London, England were suffering from noise pollution from a scrapyard near the centre of the estate and very close to both a primary and nursery school. But after more than six years of trying to deal with this problem and raising concerns with the Mayor of Lewisham and others, the disturbance started to escalate.

With the support of the “Mapping Change for Sustainable Communities” project run by the London 21 sustainability network and a research group within the University College London (which later spun out into the Social Enterprise Mapping for Change), members of the community used noise meters to make over 1500 measurements at all times of day and night and developed their own ‘noise maps’. Armed with this information, the community initiative called a public meeting to present their findings to the Council and the Environment Agency.

Recognising from the robust data that there was a real and tangible problem, Lewisham Council and the Environment Agency appointed an acoustic consultant to carry out a detailed analysis of noise in and from the scrapyard. This resulted in the license of the scrapyard being revoked.

The concept of ‘just good enough’ data for decision-making purposes is explored further in this paper by Jennifer Gabrys and Helen Pritchard: “Just Good Enough Data and Environmental Sensing: Moving Beyond Regulatory Benchmarks toward Citizen Action”.

Example from the Citizen Observatory of Water for flood risk management in the Brenta-Bacchiglione catchment, Italy

The Citizen Observatory of Water implemented in the Brenta-Bacchiglione catchment started as a pilot for the WeSenseIt  project, with the aim to increase the resilience of the local communities during floods.

Since having demonstrated its value in addressing residual flood risk, it has been promoted via local and national media at the national and European levels as an example of awareness-raising and active public involvement in water management policy, strengthening communication channels before and during flood events.

This resulted in the inclusion in the non-structural mitigation measures of the Flood Risk Management Plan of the Eastern Alps Hydrographic District and in the financing of the measure by the Italian Ministry of Environment.

An important part of the success of the initiative is the communication plan, which will continue over the next five years.  In addition to communication through the Citizen Observatory website and via social media campaigns, radio broadcasts and regional newspapers, the plan also includes the development of educational programmes for teachers and students within the 120 municipalities currently located in high-flood-risk zones in the Brenta-Bachiglione catchment area.

The education campaigns help to increase student awareness of existing flood risks in their own area and to help them recognise the value of the Citizen Observatory in protecting their families. Through this they learn that by providing important information about flooding, they can contribute to everyone’s safety.

BOOK CHAPTER: The chapter “Communication and Dissemination in Citizen Science” in the book “The Science of Citizen Science” describes the importance of communication and dissemination in citizen science more generally. It provides examples of successful strategies and identifies the factors that determine success. It also describes some of the challenges that can arise and how to overcome these.

PAPER: The paper “Citizen Scientists’ Preferences for Communication of Scientific Output: A Literature Review” contains the outcomes of  a review on participants’ preferences for communication of data, findings, and scientific publications in the context of citizen science projects, which will also be relevant for Citizen Observatories.

I want to achieve impact with the Citizen Observatory results…

…by linking the Citizen Observatory to the SDGs